The 5th Anniversary Special is episode 263. It was recorded at Virtual Fine amid the COVID-19 global pandemic. Posted March 22, 2020 -- the eve of the podcast's anniversary.

Griffin, David, Ben and Ang each from their own apartments celebrated Blank Check’s anniversary with a look back at some favorite moments and reflect upon these past five years. Plus, messages from past and future guests of the show![1]

The episode includes clips from J.D. Amato talking the walk, War Horse with Pilot Viruet, The Matrix Reloaded, Chris Gethard on Our Performance Review 3.0, David Rees on Spirited Away, and Inception. 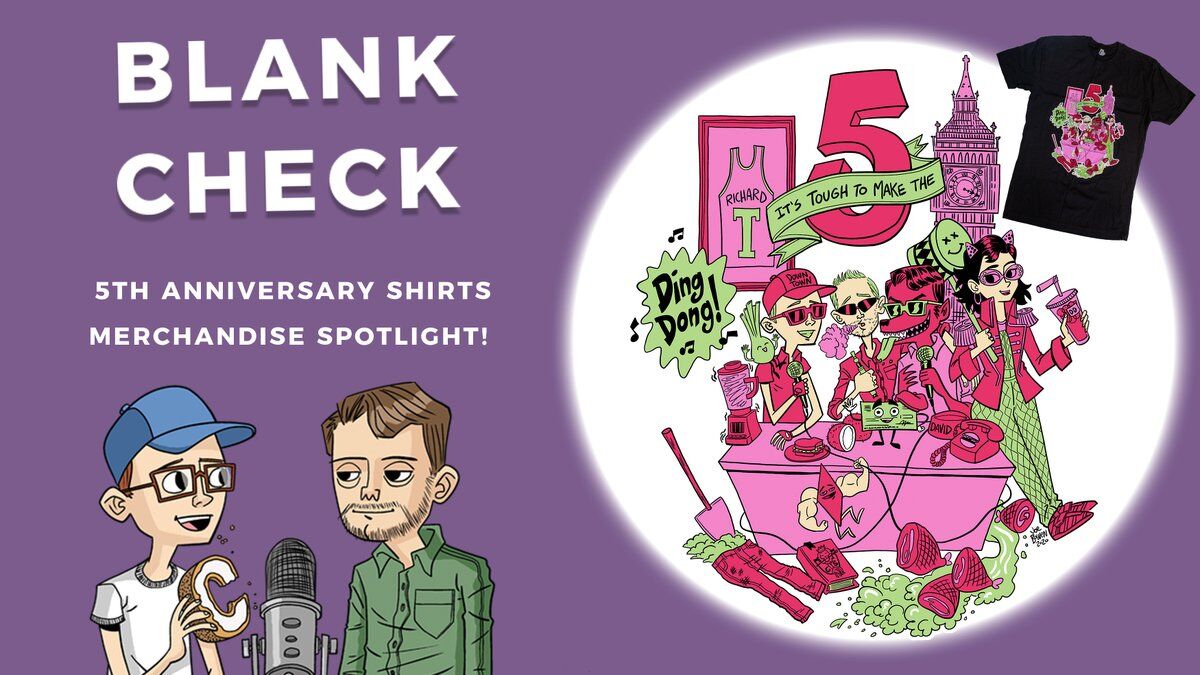