Blank Check with Griffin and David Wiki
Register
Don't have an account?
Sign In
Advertisement
in: Special Event, Podcast Away, March Madness, The Podbreak Cast

March Madness 2020 was a virtual March Madness tournament held on the Blank Check twitter account for Blankies to vote on a director to be covered. The 2020 bracket had no seeds, and was Oscars vs. Razzies themed. The winning director was Robert Zemeckis and the resulting miniseries, Podcast Away, began in September 2020.

It's the 2020 March Madness event! Oscar winners vs. Razzie "winners!" At the same time on Blank Check: Special Features a corresponding tournament was hosted to determine the next franchise covered on the Patreon. 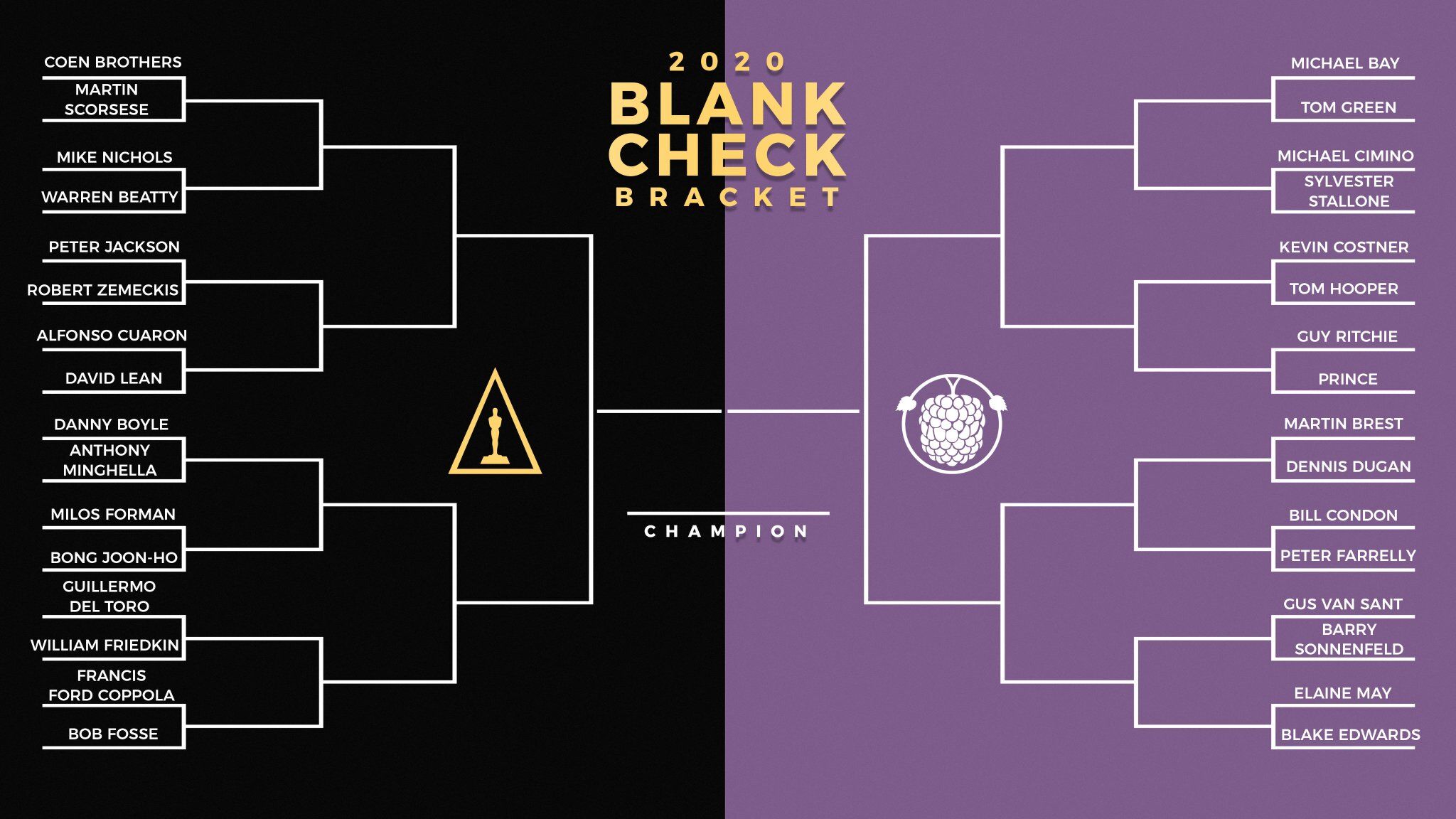