The Star Wars Sequels is an un-official series where the hosts cover the sequels to the Star Wars Phantom Menace trilogy, i.e. all the Star Wars movies people love, and then some.

This still-continuing miniseries includes Blank Check episodes discussing each installment of the so-called OT (original trilogy) of movies released in the late 70's and early 80's, which are the last episodes to adhere to the Griffin and David bit where they pretend not to know about any Star Wars movies that take place after the one being discussed. In fact, at the time of recording the bit was actually true: the Star Wars-exclusive era of the podcast ended up being perfectly timed to conclude just as Episode VII: The Force Awakens was released, so the co-hosts' anxiety and anticipation is palpable leading up to that momentous event.

This episode grouping includes Blank Checks on all Star Wars movies made after the Phantom Menace trilogy in terms of the episode structure, the new series of separate-but-equal standalone "Star Wars Story" films, the bizarrely fascinating Star Wars Holiday Special made for television without George Lucas' involvement, and episodes on related topics such as news about director hirings & firings plus a special live installment with an actual actor from the Phantom Menace. 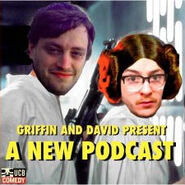 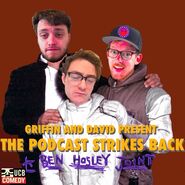 The Podcast Strikes Back 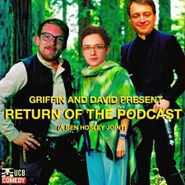 Return of the Podcast 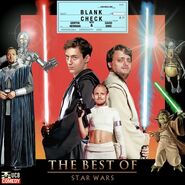 The Best of Star Wars 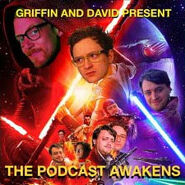 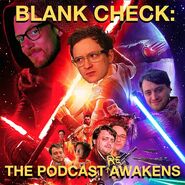 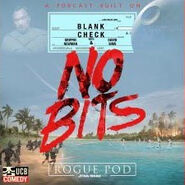 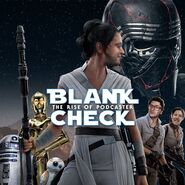 The Rise of Podcaster
Community content is available under CC-BY-SA unless otherwise noted.
Advertisement